Gauley Mountain is the newest addition to America’s Most Endangered Mountains, and is part of our Appalachian Mountaintop Removal layer in Google Earth.

1. Gauley Mountain and the town of Ansted 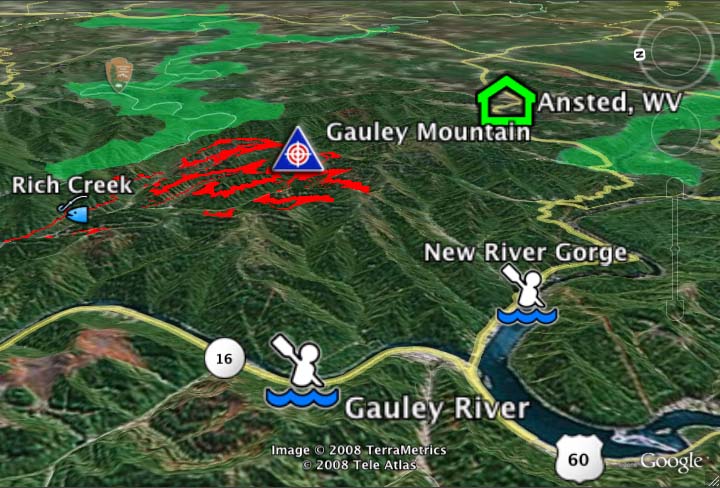 In West Virginia – and indeed in the entire nation – there are few rivers better known for their wild and scenic stretches than the Gauley and New Rivers. I’ve heard locals boast that the New River is in fact the oldest river in the entire world.

People come from all over the nation to run and fish these rivers, and to enjoy the beautiful landscapes of West Virginia and the hospitality of the local residents. These tourists contribute millions to the local economy. Yet just a few miles from both the New and Gauley Rivers lies one of America’s Most Endangered Mountains – Gauley Mountain, West Virginia – which is being targeted for mountaintop removal coal mining.

We started the America’s Most Endangered Mountain video series because we wanted Americans to know that mountaintop removal coal mining destroys more than mountains. It can destroy the valleys, streams and rivers that surround them – and the communities that rely upon them. 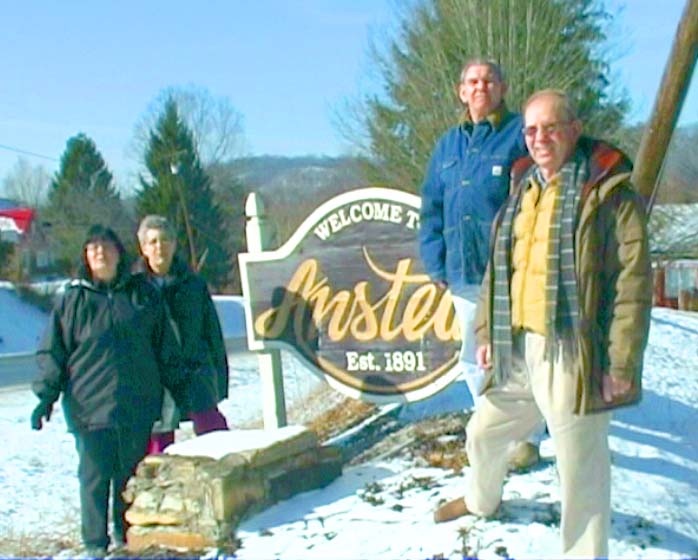 Until the mid-twentieth century, Ansted, West Virginia was a bustling coal camp. In 1950, the coal company that operated the local mine pulled out, leaving the community with a sense of economic depression. In the years that followed, residents banded together and re-inspired a pride in their mountain region, eventually rebounding the local economy through a thriving tourism industry. 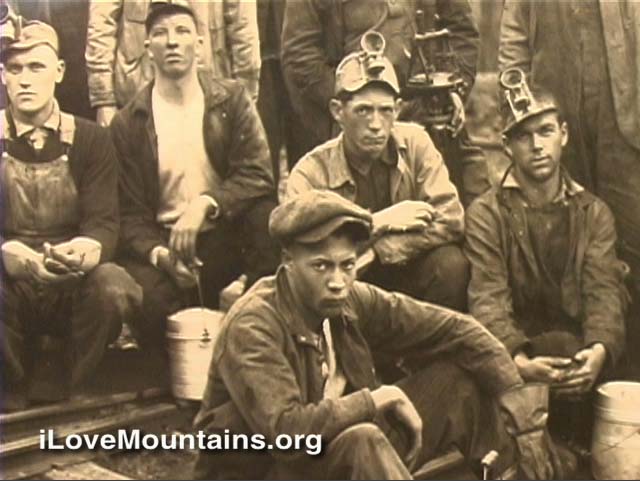 The town of Ansted and surrounding Fayette County possess an abundance of natural and historical resources. The region boasts the stunning confluence of the New and Gauley Rivers at the head of the New River Gorge, one of the most beautiful sights on the Eastern seaboard. The county also hosts the watershed of these rivers, as well as stunning views of the New River Gorge and Kanawha County. Visitors from all over visit Fayette County to paddle and fish the local rivers and hike mountain trails. Bald eagles and Peregrine falcons soar across regions of hardwood forest rich with fauna and flora. And prime farmland and natural springs still provide food and water to the local communities. 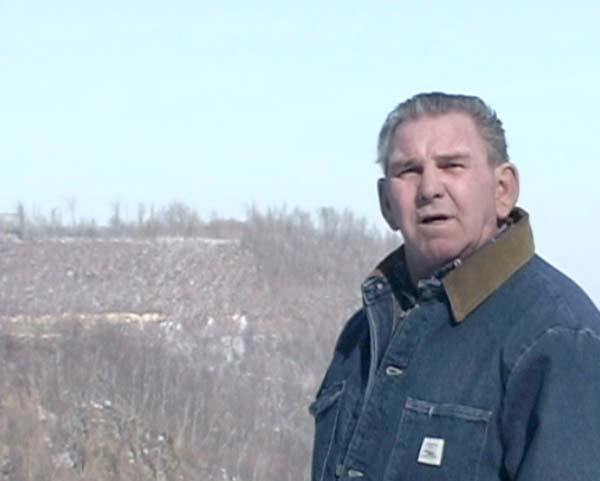 Father Roy Crist, the missioner of the New River Episcopal Ministry, became involved with efforts to save mountains when the county received an application for a mining permit on the backside of Gauley Mountain near the Gauley River and New River National Parks. Since mining began, the National Park Service noted no less than 16 violations of water quality. As mining continued, trout populations ‘coincidentally’ dwindled in Rich Creek, which drains the new mine sites on Gauley Mountain.

And Cary Huffman, a retired coal miner, says that “if the coal companies take it away by taking the top off these mountains, filling in the valleys, shutting down our water supply… there’ll be nothing here for our kids in the future. They will have to leave.”

3) Endangered: The Story of Gauley
Take a few minutes to watch the lastest installment of the series – then, forward the video on to all your friends and family who love our nation’s mountains and rivers, and ask them to join us in standing up to end mountaintop removal coal mining.

In the video, you’ll hear what the locals have to say about Big Coal’s plans to blow the top off of Gauley Mountain. 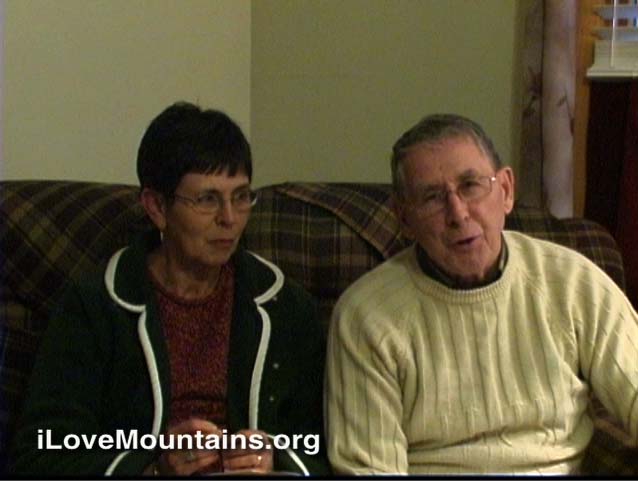 Father Roy Crist, the missioner of the New River Episcopal Ministry, became involved with efforts to save mountains when the county received an application for a mining permit on the backside of Gauley Mountain, near the Gauley River and New River National Parks. Local residents, including Father Crist and Cary Huffman, a retired coal miner, formed the Ansted Historic Preservation Council to protect their community’s mountains and streams from potential mountaintop removal.

5) Mountain Music of the Week:
One of my favorite new old-time artists, the Crooked Jades perform “Let it Show” live, complete with dobro, jaw-harp, and…milk jug? If you like this, I recommend their album “World’s on Fire.”

The Crooked Jades are on a mission to reinvent old-world music for a modern age, pushing boundaries and blurring categories with their fiery, soulful performances. Innovative, unpredictable and passionate, they bring their driving dance tunes and haunting ballads to rock clubs, festivals, traditional folk venues and concert halls across America and Europe.

And I had to include this old picture from Anstead… 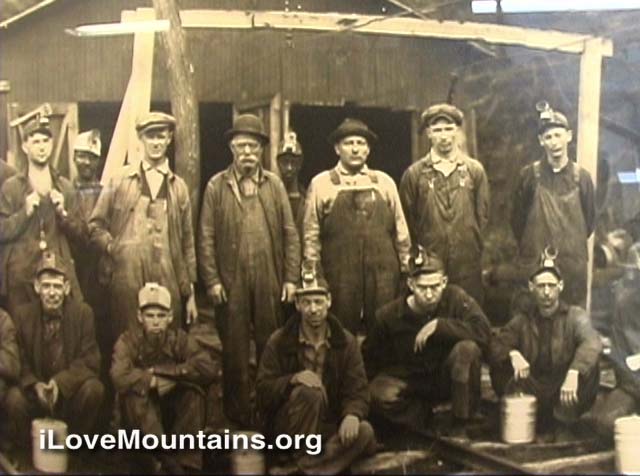 Thats it for this week!
peace,
JW

This entry was posted on Monday, July 28th, 2008 at 8:33 am and is filed under News. You can follow any responses to this entry through the RSS 2.0 feed. You can leave a response, or trackback from your own site.