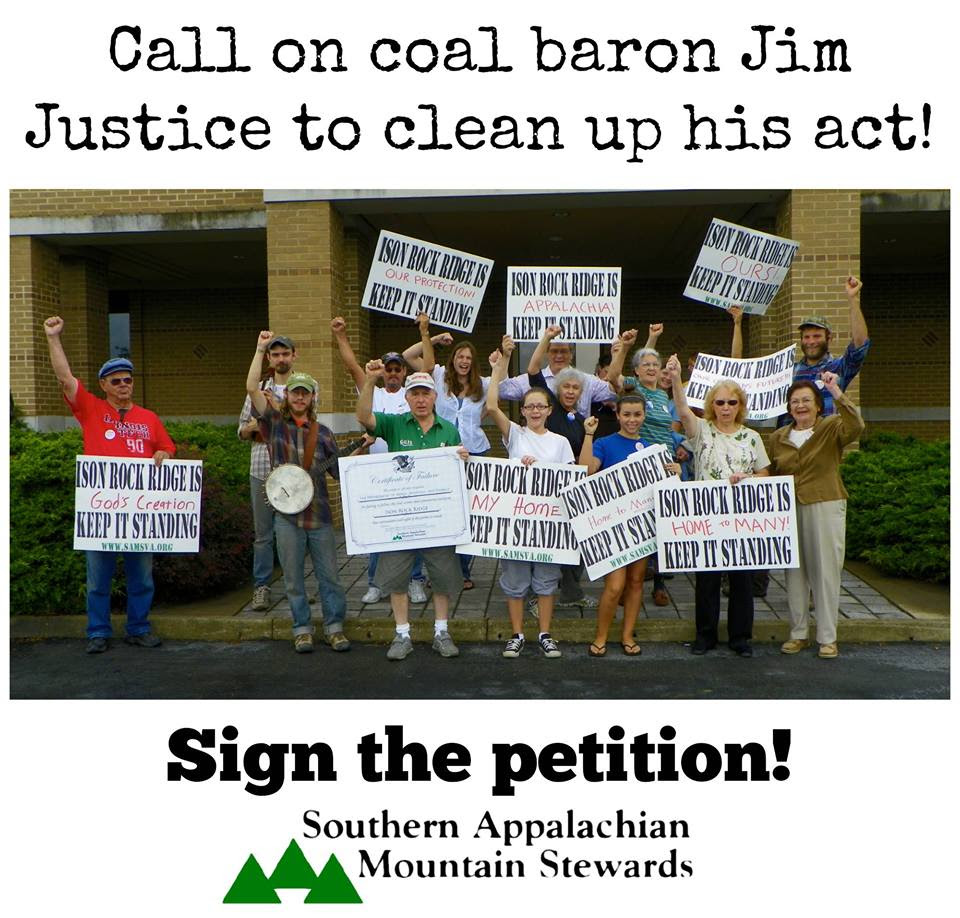 Jim Justice – target of the regional Justice to Justice campaign, recently expressed interest in becoming governor, much to the dismay of the thousands who have been cheated out of wages by Justice bad business practice, or had their communities damaged by outlaw mines he owns.

As Tom Torres, an activist with the Justice to Justice campaign and the group Hands Off Appalachia, says in this Grist article, “He has this public persona as a down-home charitable member of the community, and at the same time he owes millions of dollars to unpaid contractors and all these state and federal agencies for labor violations and environmental violations and safety violations.”

Sign this petition against Jim Justice‘s bad actions here to join the campaigning for him to clean up his mess and pay off his debts.

This entry was posted on Monday, June 22nd, 2015 at 4:49 pm and is filed under Blogroll, News. You can follow any responses to this entry through the RSS 2.0 feed. You can skip to the end and leave a response. Pinging is currently not allowed.